What does this plant have to do with stevia?

This plant is a member of the composite family, named stevia. It is native to South America and is the mother of stevia. The leaves of stevia contain a large amount of stevia glycoside, which is a good raw material for extracting stevia. Long ago, the Indians of Paraguay used the leaves as a "sweetener" and called them "KAATA", which means "sweet grass". Residents of neighboring Japan have also long known that stevia leaves can be used to sweeten the taste. Japan was the first country to develop stevia market. In 1971, Morida Chemical Co., Ltd. of Japan developed stevia and applied for a patent, and used it in drinks and many other foods. 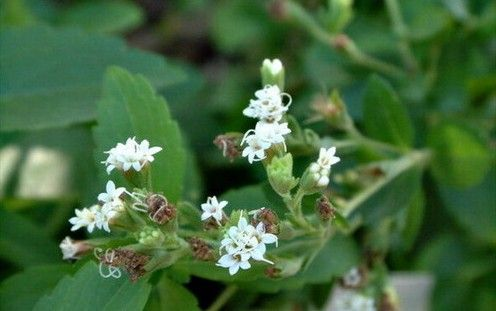 The origin of the goddess of stevia is complicated -- it is a compound derived from stevia that contains stevia glycoside, Reb-glucoside, Dukoside and other active sweetening ingredients. If you want to know what they are, don't be surprised if I draw the formula for the main ingredient stevioside 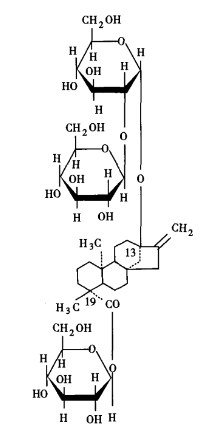 Unlike xylitol, stevia is heart sweet - it is 200 to 300 times sweeter than sucrose, so only a tiny amount is needed in foods. However, the goddess of stevia is not as popular as the goddess of xylitol. Why is this? As it turns out, stevia is a naturally extracted blend that contains some bad guys, mostly flavonoids and tannins. Under the background of sweetness, stevia has a slight bitter taste, unlike xylitol, which is pure sweet taste. This is a major injury to the goddess

What about the temper of the stevia goddess?

Generally speaking, she is gentle and pleasant. In the case of stevia glycoside, the main ingredient given above, it is broken down by enzymes in the gut, resulting in glucose and stevia alcohol shown below, which is eventually excreted from the body. Some stevia glycosides are also excreted directly by binding to glucuronic acid, a common species in the body that helps metabolize substances. Anyway, it doesn't stay in the body. 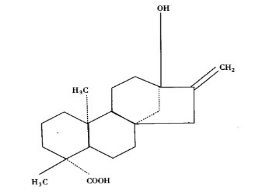 The composition of the goddess of stevia is very complicated, and this life does not give her little trouble. It has been suggested that stevia may be carcinogenic, but the WHO report points out that many of the species in that report are not contained in normal stevia, and that toxicological tests on routine use of stevia, which has been increased hundreds of times, have found nothing unusual. So the current suspicion that the stevia goddess has a bad temper is actually unfounded

The goddess index of stevia

Frugality: 4 stars, high price, but small use, about a third of the cost of using sugar

Softness: Four stars. There is no scientific evidence that stevia in regular doses is harmful, but it should be treated sensitively given the complexity of its ingredients

Virtuous housekeeping degree: five stars, there is heat, but because of the sweetness of high usage is extremely small, impossible to grow fat

Affection degree: 5 stars, stable nature, and in the usual food processing process does not change